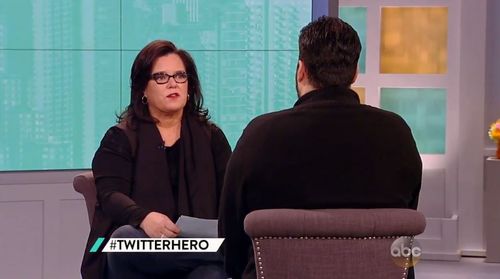 Twitter user @FanSince09, who played an instrumental role in identifying the suspects in the September 11 gay bashing in Center City, Philadelphia, appeared on The View to share why (and how) he decided to put his social media skills to work and help solve a crime.

Said @FanSince09, who chose to keep his identity anonymous:

"I did maybe about 45 minutes of work, but with crowd sourcing, we got at least three people identified within two hours"

Find out how, AFTER THE JUMP…

Last Monday, a bill that would amend Pennsylvania's hate crimes statues to include protections for sexual orientation and gender identity passed the House Judiciary Committee 19-4.

Previous Post: « Towleroad Guide to the Tube #1631
Next Post: 20 Hilarious Responses to NOM’s Warning That Gay Marriage Will Lead to People Marrying Themselves »