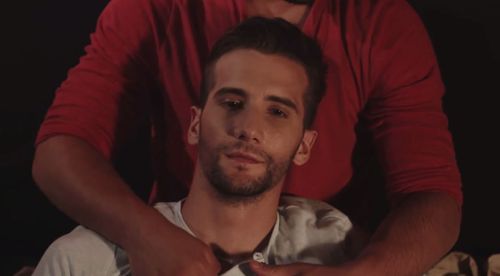 New York based singer/songwriter Nick Deutsch is taking a big step both personally and professionally with the release of the music video for "Run," the lead single off his EP Crazy Ride. In it, Deutsch chronicles the heartbreak he felt in the lead-up to and aftermath of a relationship breakup with another man.

Check out the music video, AFTER THE JUMP…

Deutsch has also written a blog post on his website about why he felt it was important to come out as member of the LGBTQ community with the video's release:

I believe that regardless of career, being open is still very much a big deal, although I do appreciate and empathize with the over-arching view that “it’s no longer a big deal to be gay.” Even with Sam Smith sitting tall at the billboard top ten, we are sorely in need of supportive voices to counter the awful statistics and narratives that have historically plagued the LGBTQ community. It feels ridiculous to consider portraying myself as anything but confident with who I am as a gay man, especially within the wider context of the enormous social changes that have occurred. 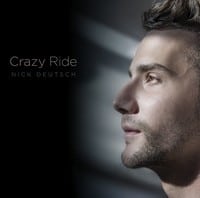 Because I’m blessed to be in a position to have a voice, I consider it an honor to be different. The deeply understood reality of this quick, short life has resolved me to live it on my terms and not be ignorant to the reality that most of human suffering is tied to flexible beliefs. I’m not pushing my sexuality in anyone’s face as much as I’m being who I am. I’m not a gay songwriter as much as I’m a songwriter who happens to be gay. In regards to “Run,” I put a male actor in my video because the song was written about one. I fell in love with a boy and got my heart broken, so that’s what you’ll see.