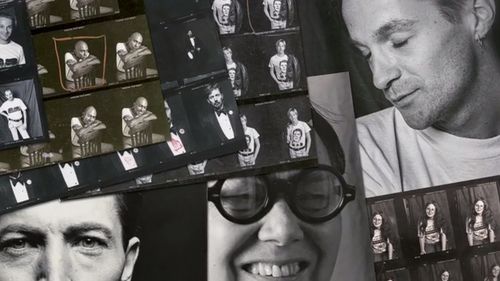 Bill Bytsura (below right), a photographer and AIDS activist who became passionate about the cause after losing his partner, Randy Northup, is in the process of creating and producing a coffee table style book of photography and needs your support. Bytsura founded the AIDS activist project in 1989 after attending meeings of ACT UP (the AIDS Coalition to Unleash Power), and now his work has come full circle.

While Bytsura documented the many theatrical and angry street demonstrations created by ACT UP, he also felt the world needed to see the private, more contemplative, sides of his brave comrades. Then, perhaps they would not be demonized and their important work ignored.

One day, while sitting through another highly emotional meeting, Bytsura had an idea: He would create a series of portraits of activists — not in the streets, where they were protesting in anger, but in more intimate settings where their humanity shone through.the AIDS activist project was born.

The project began with sessions in Bytsura’s East Village photo studio. It grew quickly, sending the photographer to cities around America where other ACT UP chapters thrived. Eventually, Bill went abroad, intent on capturing the full diversity of the movement by photographing ACT UP members in other countries. The cities and countries included: New York City, Atlanta, St. Louis, Los Angeles, San Francisco, Miami, San Juan, Amsterdam, Berlin and Paris.

Bytsura and a professional team have selected 65 images for the book, which will be printed in a limited edition issue of 1500 copies. Though his work was borne out of anger, frustration, and grief, the photographs reveal a group of people full of life and energy.

Consider donating and helping to make this important book a reality. Head over to Bytsura's kickstarter page and check out the informational video along with some of the imagery to be displayed in the book.