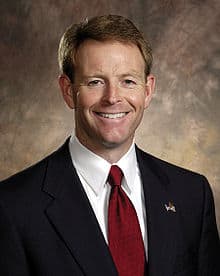 The conference comes just weeks after a meeting of Catholic bishops failed to provide clarity on the church's stance on homosexuality.

Due to start today, the "Complementarity of Man and Woman” conference – hosted by the Congregation for the Doctrine of the Faith, formerly known as the Inquisition – will include leaders from various other faiths including Judaism, Islam, Buddhism, Hinduism and Sikhism.

Organizers aim to "examine and propose anew the beauty of the relationship between the man and the woman, in order to support and reinvigorate marriage and family life for the flourishing of human society.”

Although not listed as a speaker, Perkins plans to attend the conference in Rome and expects the Catholic Church to provide “clarity” to the confusion coming out of the recent synod in relation to same-sex marriage.

Continuing the church’s Christian message of inclusiveness and love, the conference will also include Nicholas Okoh, the Anglican Archbishop of Nigeria who has strongly voiced support for the country's severe anti-gay law.

Despite claims by some that Francis is a reforming pope with a somewhat liberal agenda, he will nonetheless address the conference and preside over its first morning session today.

Watch an official trailer for the conference, which pointedly entirely fails to recognize the existence of same-sex marriage, AFTER THE JUMP…

Last June, speaking about the Colorado bakery that was repeatedly found to have discriminated against gay customers, offensive wingnut Perkins suggested that such cases are one step further down the road to the inevitable anti-Christian Holocaust.