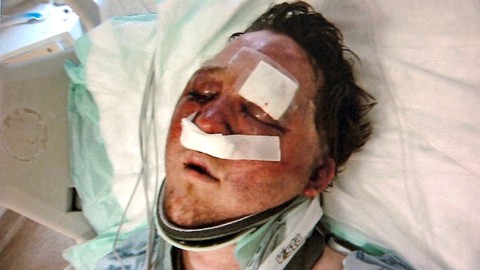 Brice Johnson thought he had beaten Arron Keahey to death before he bound him with electrical cord and placed him in the trunk of his Ford Fusion in Springtown, Texas, on Sept. 2, 2013.

But when Johnson arrived at a friend's house and Keahey screamed for help from the trunk, people at the house told Johnson to take Keahey to the hospital or they would call police.

After Johnson put Keahey in the back seat and drove him to an EMS station, Keahey spent 10 days in a Fort Worth hospital recovering from skull and facial fractures and a brain injury. 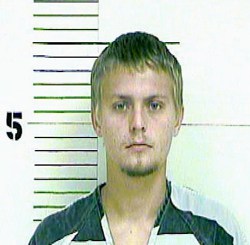 Johnson, now 20, was sentenced Monday to more than 15 years in federal prison after being charged with an anti-gay hate crime for beating and kidnapping Keahey after they met on MeetMe.com. Johnson, who claims he isn't gay, had lured Keahey to his home in Springtown, northwest of Fort Worth, with the promise of sex:

“Quite simply, hate crimes of any nature will not be tolerated,” U.S. Attorney Sarah R. Saldaña of the Northern District of Texas said in a statement Monday. “Prosecutions under this law are important to ensure all people in our community know they have the full protection of the law. I commend not only the victim for his continued cooperation throughout this investigation, but our law enforcement partners including the FBI, the Springtown Police Department and the Parker County Sheriff’s Office, who worked tirelessly in this case to ensure our hate crime laws are strictly enforced.”

After meeting on MeetMe.com, Johnson and Keahey exchanged explicit messages and discussed what sexual activity they would engage in. Meanwhile, Johnson saved Keahey's number in his phone using the name, "Fag Bagg."

In recorded jail phone calls, Johnson told family members: "I invited this guy over, right, at first it was basically like a joke that went too far and too wrong. I invited him over because he was a fag or whatever."

The hate crime charge against Johnson was dropped in exchange for his guilty plea in June, and he was sentenced to 183 months in federal prison on a kidnapping charge.

Keahey, who was 24 at the time of the attack, launched a GoFundMe page which has raised $2,070. Keahey wrote on the page,

“I was recently lured and ambushed, beaten to almost an inch of my life, after meeting a man on a social app, simply because I am gay. I had to have facial reconstructive surgery, had brain trauma as well as memory loss, which is still affecting me pretty bad, and a lot of emotional backlash. I am constantly dealing with depression and other emotional problems still. In the midst of it all, I am trying to start my life over now. I am having a hard time doing so and am needing help with normal necessity bills and everyday expenses while I rebuild my life and get myself back to life and everything in order money wise. I am also hoping for some help with paying the large amount of medical bills. Any donation to me will be truly appreciated, and I cannot thank you enough for your support.

“Even if you do not have the resources to donate, please share this article and spread the word of what happened,” Keahey added. “I truly believe that the more problems like this in this country are talked about, the less it will happen and the closer we will be to a solution.”