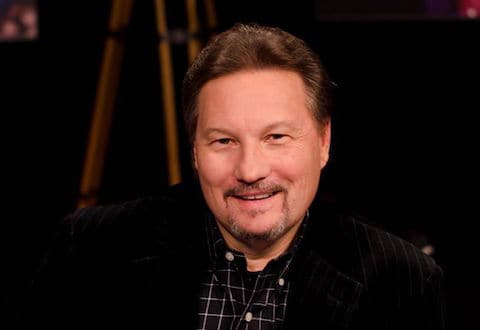 The war on Christianity continues apace in la-la land.

Speaking on a “Christian” television panel discussion dedicated to the controversy in Houston, Texas, after Mayor Annise Parker subpoenaed materials from a handful of pastors as part of a lawsuit anti-gay activists had filed in an effort to overturn a local anti discrimination ordinance, Swaggart said that, like ISIS, those seeking equality for gay people in the U.S. would publicly behead Christians if they could get away with it.

“All of this is to shut the Bible up. They want the Bible gone. And I’m going to make a statement: These people that are trying to do this in Houston, the only difference between them and ISIS, those thugs in Iraq, is those here cannot chop our heads off. That’s the only difference. The heart is the same. The heart is the same. If they could silence us that way to intimidate others, that’s exactly what they would do.”

Oddly, this isn’t the first time an American “Christian” has claimed that gay people are fond of beheading their religious brethren. Back in August, recently elected Colorado Republican wingnut Gordon Klingenschmitt accused Democrats of lacking a sense of humor after he sent an email which said that Congressman Jared Polis (D-CO) will “join ISIS in beheading Christians.”

Swaggart’s comments had been highlighted by Right Wing Watch but the preacher’s media outfit SonifeTV have had the clip removed claiming copyright infringement. Right Wing Watch has filed a counterclaim arguing that the clip is protected under fair use.

Right Wing Watch has also made the clip available at another source, which you watch, AFTER THE JUMP…