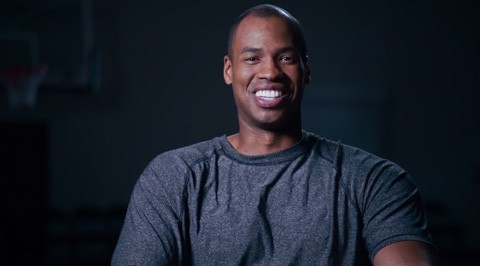 After 13 seasons in the NBA, Jason Collins, the first player to ever come out as gay while still a playing professional, has announced he is retiring from basketball. The trailblazer made his announcement in a special column on SI.com:

It has been 18 exhilarating months since I came out in Sports Illustrated as the first openly gay man in one of the four major professional team sports. And it has been nine months since I signed with the Nets and became the first openly gay male athlete to appear in a game in one of those leagues. It feels wonderful to have been part of these milestones for sports and for gay rights, and to have been embraced by the public, the coaches, the players, the league and history.

On Wednesday at the Barclays Center, I plan to announce my retirement as an NBA player.

What exactly lies ahead for Collins is unclear though many suggest he will have a strong role as an advocate for the LGBT community in the world of professional sports. In May Collins commented,

My goal right now is to empower others. And also support those who (are) like Derrick Gordon, Michael Sam, Robbie Rogers, and over the next months, couple of years, whoever else joins that list of out/active players.