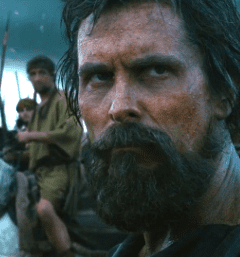 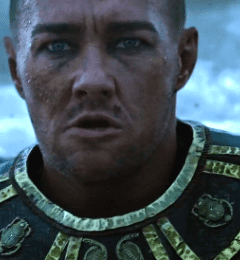 If you liked The Ten Commandments, you're going to love Exodus: Gods and Kings! Director Ridley Scott returns to the swords-and-sandals genre nearly 15 years after his Oscar-winning Gladiator, taking the endlessly dramatized story of Moses and whipping it up into a CGI-enhanced epic with a Red Sea that looks more like a rogue wave from The Perfect Storm. Even if you're not into the recent trend of faith-based epics, this film features two of Hollywood's hottest leading men: Christian Bale as a hip-looking Moses and Joel Edgerton as a shaved-head Rhamses. Edgerton, who played handsome baddie Tom Buchanan in the recent Gatsby reboot, plays what looks to be a very angry king as he battles his bearded nemesis for the fate of the Jews enslaved in Egypt.

Exodus: Gods and Kings is set for a holiday-timed release on December 12. The film's final trailer is online today, featuring even more impressive effects than the first.

Feature Trailer for Exodus: Gods and Kings on TrailerAddict.