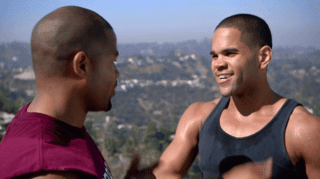 The creative minds behind Red Tails and Dear White People are collaborating on Bros., a new dramedy in development for HBO centered around a queer black man and his straight brothers. Originally titled Bros Before Hos, the series revolves around Kendall, a man newly out to his brothers and navigating his way through life as a modern gay man.

Much like HBO’s Girls and Looking, the buzz and early production work around Bros makes it out to be driven more by its characters’ interactions with one another rather than the central conceit of the show. Ben Jones, the series’ lead writer, explained that he doesn’t envision the show as being a black story or a gay story.

Bros. would be one of HBO’s first series to feature an LGBT character of color starring in a central role–a move very much in line with the general trend towards increased queer diversity in cable programming.

“We both know so many people, not just African-Americans, who question why there isn’t more programming that reflects the growing diversity of the American experience,” Jokes said Bros. director Anthony Hemingway and his reason for leading production. “So it’s incredibly satisfying to be a part of something that might otherwise be overlooked or ignored.”

Watch an early production teaser of Bros. AFTER THE JUMP…