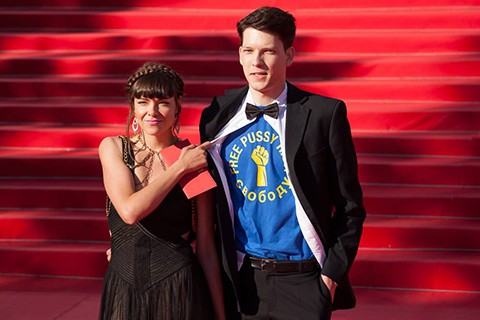 Gay Lithuanian filmmaker and LGBT rights activist Romas Zabarauskas is taking a novel approach to generate interest in a Kickstarter for his latest film: giving donors nude selfies of himself.

Says Zabarauskas of the human rights situation in Lithuania, "Lithuania is a tiny Eastern European country with approximately 3 million inhabitants. It’s a country of spectacular landscapes, a rapidly growing economy, and people who dream big. The bad news is that our politicians are increasingly pushing a homophobic agenda. Since 2010, a controversial Protection of Minors law, similar to Russia’s anti-gay legislation, has been in force." 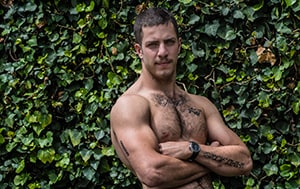 Of his new film, You Can't Escape Lithuania, Zabarauskas adds, "The provocative campaign and the film will challenge the Lithuanian society and will bring up the important political context in crazy artistic ways." The film also seems to promise plenty of beefcake (see actor Adrian Escobar pictured right).

You can check out and support Zabarauskas's Kickstarter campaign, HERE.

And watch trailers for his previous works, AFTER THE JUMP…