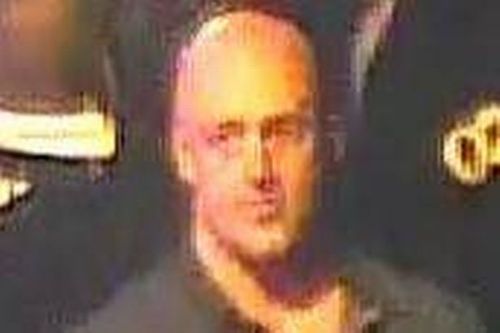 Manchester police are searching for a man (pictured above) in connection with a homophobic attack on Canal Street over the weekend that left a gay ruby player with a broken jaw.

Tom, 24, whose last name is being withheld, was promoting his LGBT rugby team, the Manchester Village Spartans, when the attack took place, Manchester Evening News reports:

Gareth Longley, spokesman for the Village Spartans, said: "We had been out on a recruitment drive that Saturday, and most of us were wearing Halloween outfits and had painted faces. We were just telling people what the club is about and trying to get new players and more support.

"When they walked into the Village a group of guys were making homophobic remarks at passers by. Our players walked up to them and everything calmed down and (the player) started chatting to them about the Spartans. One of the other group took offence and punched him in the face."

Det Con Louise Kelly, of GMP’s North Manchester division, said: “We believe this to be a homophobic attack and I want to make it clear that this kind of behaviour will not be tolerated on our streets.

Tom, who had to have a metal plate inserted into his face to repair his jaw, says the attack has left him shaken:

“It’s affected how I feel about going out in the Village and the gay scene in general. I was attacked on Canal Street, which is supposed to be a safe environment. I’m also not able to play rugby for three months while the plates in my jaw heal.”