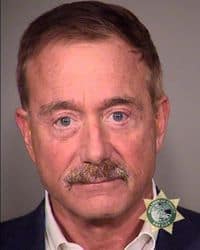 Bean's lawyer, Kristen Winemiller, said in a statement that Bean has cooperated with the investigation, adding that it's her client who was the "victim of an extortion ring'' by several men.

Winemiller released this statement: "Terry Bean is a highly respected community leader who has devoted his life to bettering our community. Over the course of several months in 2013-2014 Terry was the victim of an extortion ring led by several men known to law enforcement. This current arrest is connected to the ongoing investigation of that case in which Mr. Bean has fully cooperated. No allegations against Terry Bean should be taken at face value. We look forward to the opportunity to clear his name.''

Homosexuals molest children at 10 times the rate of heterosexuals. Founder of HRC another example. http://t.co/MSYG631X40

Joe.my.god also points out Matt Barber has a new article up on his site with the headline "Homosexual HRC Founder Arrested for Raping 15-Year-Old Boy"