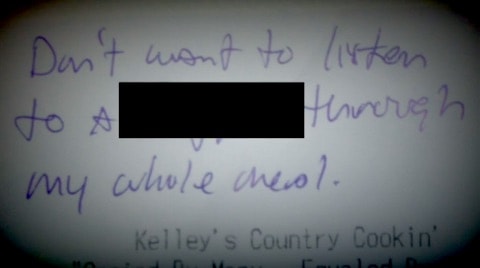 A former waiter at Kelley's Country Cookin', a Houston restaurant, is speaking out about a disgusting incident that occurred during a shift he was working last week, ABC13 reports:

Blake Butler, 19, was a server at Kelley's Country Cookin' in Meadows Place up until last Wednesday when he says a fellow server got a note on the top of the receipt from two customers. It was about him and read "Don't want to listen to a (faggot) through my whole meal.""I just thought it was disgusting," said Butler. Butler says it was offensive but just as offensive was how the manager reacted. "Instead of having my back and be like, you know, 'That's my employee. I can't have you talking about my employees like that.' She was like, 'Oh. It's OK. I'm sorry,'" Butler said.

Butler also says that he came out to his parents because he didn't want them to find out after hearing about it on the news. 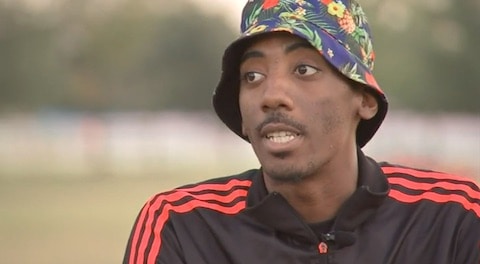