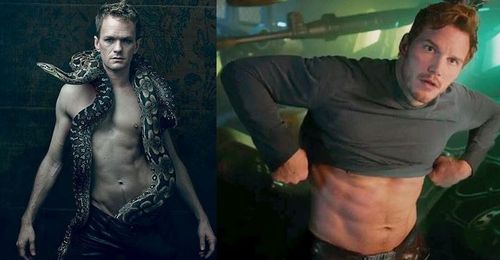 Chris Pratt and Neil Patrick Harris are reported to be front-runners for People magazine’s annual “Sexiest Man Alive” issue, according to Daily News.

A People insider said Guardians of the Galaxy “made Chris Pratt a star and overhauled his image from that cute guy on ‘Parks and Recreation’ to a buff heartthrob. If he can make blockbuster money, he can sell a ton of magazines is the thinking. What ‘The Hangover’ did for Bradley Cooper this film did for Chris. It’s his year.”

The magazine staffer added that as the potential first openly gay “Sexiest Man Alive,” Neil Patrick Harris “would certainly make news and generate buzz for the magazine. Plus, Neil is going to be hosting the Oscars. He’s in ‘Gone Girl,’ he was just on Broadway. He’s also happily married with kids. He is having an amazing year.”

Last year, People named Adam Levine as “Sexiest Man Alive.” The honor went to Channing Tatum in 2012 and to Bradley Cooper in 2011.

Head over to Vocatic for their list of five men you forgot were bestowed with the honor (hint – it includes Nick Nolte) and watch a Daily News report (even though they think only women "anxiously await the results"), AFTER THE JUMP… (warning: autoplay)