The Washington Post on why Elizabeth Warren would be a very dangerous candidate in 2016. 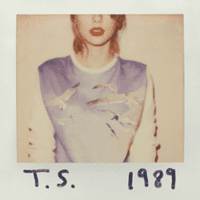 Mike Nichols, the legendary director (The Birdcage, Angels in America) and EGOT winner has passed away.

Towleroad's Brian Sloan has a great new article over at The New York Times on how gay bookstores are adapting in an "era when print is supposedly dying."

Texas Governor Rick Perry on his flash pan 2012 presidential bid: "I was a bit arrogant"

The Daily Beast on the problematic hunt for a "gay gene" – "Indeed, as it has always been, the magic bullet for the acceptance of homosexuality seems to be the act of knowing an actual gay or lesbian person, not reading a study that suggests the possibility of a shared genetic marker on the Xq28 region of the X chromosome…In terms of promoting LGBT equality, then, it doesn’t seem to matter as much whether or not people believe that gay people are “born that way” as it does that they simply know someone who is currently gay, no matter how they were born. Friendship is the trump card in the movement for equality, not etiology." 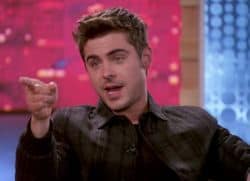 Check out this fascinating new study on the economic cost to American businesses as a result of our nation's patchwork same-sex marriage laws. Here's one of the fact highlights of the study's findings: Every additional day of inconsistent marriage laws will cost the private sector $3.5 million.

Former French President Nicolas Sarkozy is getting some push back from his political allies for his controversial call for the country's gay marriage laws to be repealed.

Study reveals The New York Times has a pro-dog bias.

How to Get Away With Murder's Jack Falahee dishes on his character Connor's steamy gay sex scenes on the show – "I am glad that people are talking about it and that it's sparked the conversation. I think that that's the aim of entertainment."

Britney Spears is set to make an appearance on Jimmy Kimmel Live tonight.

Previous Post: « Petition to Have TLC Cancel ’19 Kids and Counting’ Over The Duggars’ Anti-LGBT Activism Has Over 100,000 Signatures
Next Post: Country Singer Billy Gilman Comes Out as Gay: ‘It’s Time to Be Honest and Truthful’ – VIDEO »