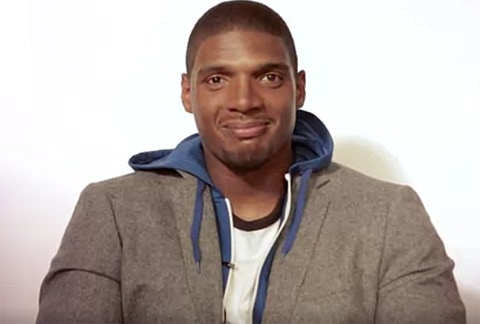 Earlier this week, we reported that NFL free agent Michael Sam had scored the cover of GQ after being named one of its 'Men of the Year'. 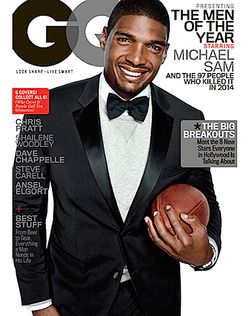 The magazine has slowly been rolling out profiles of the men they picked, and Sam offers up some thoughts on the whirlwind of events that went down this year, including being drafted by the St. Louis Rams and then picked up by the Dallas Cowboys, and his coming out.

Of the latter, Sam says it wouldn't have been the way he would have preferred it, but he knew it had to happen:

I would have done the same thing I did at Mizzou. Which was to tell my team and my coaches and leave it at that. But since I did tell my team, word got out.… People think the word didn't get out. It did. Or it did and it didn't. They kept it confined within our family. But the recruiters knew, and reporters knew, and they talked to each other, and it got out. If I didn't have the year I did, nobody would have cared. But I did have that year. And a lot of people knew. Someone was gonna ask me, "I heard you told your team a secret.…" Well, I was comfortable with who I was, and I wouldn't have denied it. And then I wouldn't have been able to control the story. But I have no regrets. Some people can argue that I had the potential to go higher in the draft. But I think everything happens for a reason. It looks good to see me in the position I'm in now, because I can show the world how good I am and rise up the ranks. I'm at the bottom now. I can rise up, show I'm a football player. Not anything else. Just a football player.

Sam also gives a brief video interview and talks about the draft and how he's glad he never has to do it again.