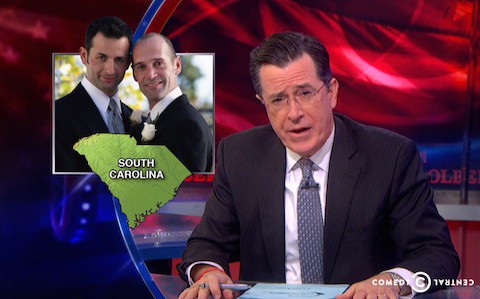 Stephen Colbert is furious at U.S. District Judge Dick Gergel for bringing the scourge of gay marriage to the Palmetto State.

"A federal judge has ruled that South Carolina must recognize gay marriage. That is outrageous! When did South Carolina start recognizing the federal government?", adding, "This is the worst thing that has happened to South Carolina since someone found Mark Sanford."