Disorientation afflicts nearly all of the characters in Shelly Oria’s nimble and disarmingly moving debut collection of stories. Many of them are (like Oria herself) Israeli immigrants in New York City, navigating multiple cultures and languages; others find themselves in worlds where the usual rules (of weather, say, or time) break down; all of them are bewildered by desire. 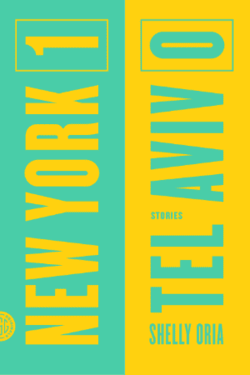 The narrator of the title story has come to the United States after finishing her military service, because “staying in Tel Aviv meant starting my life,” and “It’s a scary thing, starting your life.” As is true throughout the collection, Oria is excellent in detailing how the texture of daily life differs in the two countries: “When I first moved to New York, I kept opening my purse every time I entered a building, before realizing that there was no security guard. And every time I felt relieved, and every time I felt orphaned, and every time I felt surprised at both.”

The book’s title comes from her attempt to keep score of the advantages and disadvantages of her two cities. She never gets very far: “I forget to keep track, and I have to start counting all over again every time.” She meditates on the strangeness of Central Park, “the idea of having a designated area for greenery”: “Tel Aviv isn’t carefully planned like that—trees often choose their own location, and most streets stretch in unpredictable directions, creating a pattern of impulse.”

What’s true of the streets of Tel Aviv is also true of the magnetic men and (more often) women that Oria’s protagonists can’t fully know or possess, and many of the stories are haunted by infidelity. In “This Way I Don’t Have to Be,” a woman is addicted to sleeping with married men. She watches them during sex for the moment they imagine the possibilities they’ve left unlived, when “their entire lives turn to air,” an unsettled state of longing we sense the narrator craves for herself.

In “None the Wiser,” a sly, acid, wonderful story about jealousy and age and grief, a woman’s own desires gradually become clear as she gossips about her neighbors. And in one of the collection’s standout stories, “The Disneyland of Albany,” Avner, an Israeli artist who has left his family behind to seek his career in America, discovers his wife’s infidelity from stray remarks his young daughter makes during a visit.

The story’s protagonist, Nadine, is interviewed and photographed by Mia, an artist whose current project involves photographing sex workers. Over the course of Mia’s visits, Nadine is surprised to find herself more and more entranced by Mia, even as she’s bored by her questions: “All of Mia’s questions are the same question. Something something sex worker something something choice something. Nadine always pauses before she answers. It appears as if she is thinking hard, she knows that. But the pause is the time when she says with no sound, Ask me something real.”

Nadine wants to communicate a more nuanced idea of her relationships with her clients, the way even this transactional sex can be the occasion, however compromised, of authentic communication: “One thing she wishes she could explain to Mia: she doesn't mind the moans. Or more honestly, though this embarrasses her: the moans are her favorite part. When seeing a client for the first time, that is what she’s curious about, and she waits for that one moment, when the animal in him speaks to her.” 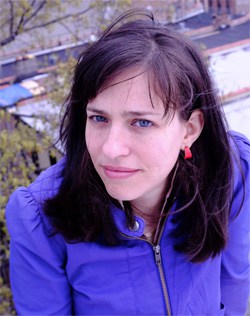 Nadine is changed by meeting Mia, not least by falling in love with her. (It seems to be the first time Nadine has been so strongly attracted to a woman.) And Mia is changed as well. Her encounters with Nadine—including the only physical contact between them, a brief, unguarded massage—allow her to return both to Israel and to another series of photographs, this one of members of the Israeli military.

“It’s so normal in Israel, Mia says, the idea of the military, of everyone being part of that military, a country of soldiers. Eighteen-year-old kids getting M16s, being trained, and no one sees how f–ked up it is. It’s, like, ‘What choice do we have,’ ‘we’re surrounded by enemies,’ all that stuff. And for years I’ve been wanting to shout: But can you still see? Necessary or not, can you look at it?”

This is a rare moment of vulnerability for the distant photographer. (Earlier in the story Nadine wonders, “How can you get to know someone who reaches for the camera every time she feels something? You cannot.”) Talking with Nadine shakes something free in Mia, and allows her to return to her other, more difficult project. The story’s final scene, which takes place months later, affirms the depth of the connection they’ve formed, even as it denies them the kind of relationship they both long for.

Oria’s characters are often stripped of the usual, prefabricated categories of identity: “I think, Who is this person?” the narrator of the title story wonders, “That me who isn’t Israeli and isn’t American, isn’t gay and isn’t straight–who is she?” This disorientation makes them profoundly vulnerable, able to ask with a sometimes devastating bluntness the most dangerous questions: “I think: This is what there is, this is my life. I think: Do I want it or not?”

In Oria's excellent collection, these questions result in stories that are heartbreaking, inventive, and almost miraculously alive to the subtleties of feeling.