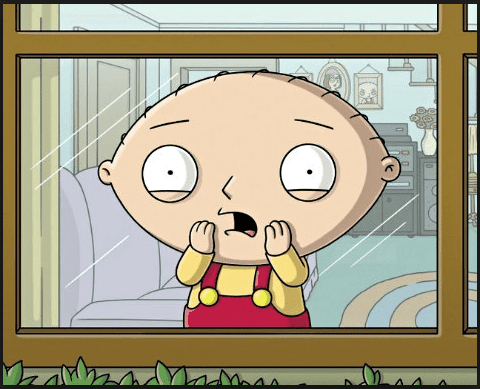 Brace yourself, America. It looks like Stewie is officially gay!

At the end of a typically odd Family Guy episode which aired Sunday, the sassy baby with the posh accent seemed to admit what most had assumed over the course of the show's 13 seasons. It all went down as he was filling in as host of the Griffin's Thanksgiving dinner due to Peter's absence on an epically weird find-a-turkey expedition. Stewie lifted a glass to give a toast saying, “I wasn’t planning on doing this today, but when I look around at all these open, loving faces of friends and family, I’m comfortable enough to finally say I am a proud, unashamed, active—” Just then, Peter arrives with the turkey, interrupting his somewhat unsurprising confession….though maybe Stewie was going to pull a Jodie Foster and use the similar setup to say that he's single.

Stewie's sexuality has always been suspect, so much so that in 2009 his creator Seth McFarlane said in an interview with Playboy that the character was gay, though he had never directly stated it on the show. Of course, there's been plenty of gay moments for Stewie, some which were compiled last year on YouTube for easy viewing.