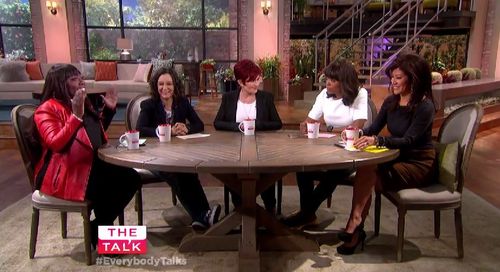 With country music star Ty Herndon making headlines yesterday after coming out as gay, the ladies of The Talk devoted a segment of Friday's show to the news and whether they think the country music industry will ever warm to an openly gay star.

Sarah Gilbert, who is gay herself, brought up Chely Wright and how Nashville largely ignored her following her 2010 coming out. Aisha Tyler said she was happy Herndon came out because it forces his fans to confront their own anti-gay prejudices while Sheryl Underwood brought up the point that country music listeners shouldn't be lumped into one big homophobic pot and that the stars should give their fans a chance to love them for who they are.