Despite its severe anti-gay laws, Uganda has become the latest country to be awarded a major sporting event 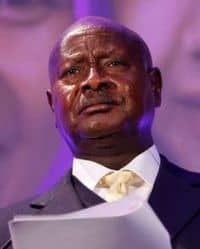 Despite its severe anti-gay laws, Uganda has become the latest country to be awarded a major sporting event, reports Pink News.

Uganda last year passed a draconian anti-gay law which was eventually deemed to be unconstitutional. However, the African nation is expected to introduce an even more severe version of the law as a “Christmas gift” to the nation.

It is expected that 700 athletes and hundreds of journalists will attend the event on March 23, 2017.

Of the decision to award the event to Uganda, sports minister Charles Bakkabulindi said:

“[President Yoweri Museveni] is passionate about athletics. He does not only receive all athletes whenever they shine but has gone a step further to give them a monthly stipend to motivate them. Not even football players get that."

The sporting world is making a habit of awarding international events to anti-gay nations of late. The 2017 and 2022 soccer World Cup has been awarded to Russia and Qatar respectively, despite both countries having controversial anti-gay laws.

Watch a report on Uganda's bid for the 2017 event, AFTER THE JUMP…