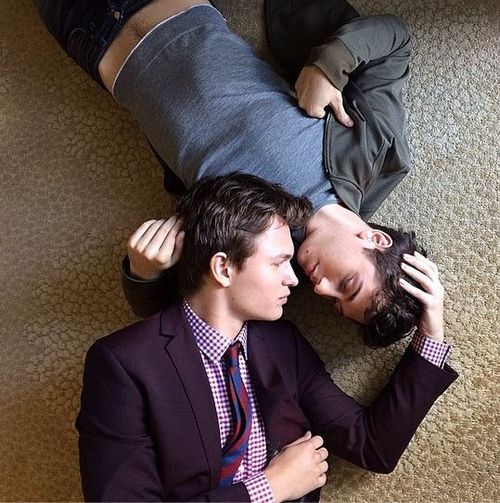 The Fault in Our Stars alum Ansel Elgort, who is set to play gay pianist Van Cliburn in an upcoming biopic, took to Twitter yesterday to clear up persistent gay rumors. The 20-year-old actor addressed the social media speculation in a way that was calm and collected – without some of the homophobic overreaction that we see so often from other male celebrities faced with similar rumors.

Just in case it isn't clear… I like girls. A lot.

Also let me say if I was gay I wouldn't hide it. Being gay or straight isn't bad or good it just IS. U are who you are. Be true to yourself.

Louis Tomlinson, are you taking notes?