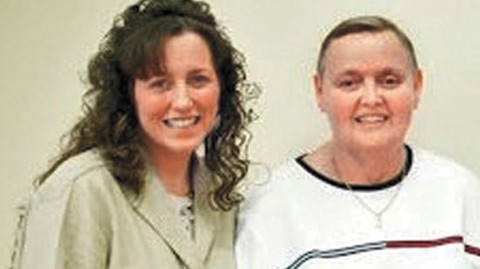 TLC reality star Michelle Duggar, known for her large brood of children and anti-gay views, has a lesbian sister according to Radar Online. Evelyn Ruark, 63, lives in Cincinnati, Ohio with her partner Sharon Callahan, 52. While Evelyn has yet to speak about her sister's anti-gay views and actions, including actively campaigning against a non-discrimination ordinance that was first passed then later repealed in Fayetteville, Arkansas, at least one Duggar has taken it upon himself to speak for Evelyn. Josh Duggar last year spoke of his lesbian aunt on a radio show while discussing his views on gay rights. “I have an aunt who has chosen to live that life and I love my aunt. I think she is an amazing person,” Duggar commented. “She believes that marriage is between one man and one woman.” This has yet to be corroborated. 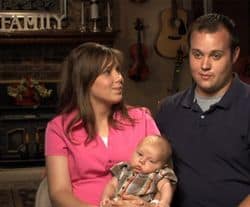 Josh Duggar also last year took a job at the notoriously anti-gay "family" organization Family Research Council helmed by Tony Perkins, cementing his position as an anti-gay activist. Josh's involvement with FRC combined with Michelle lending her voice to a robo-call that targeted the Fayetteville Non-Discrimination Ordinance prompted LGBT activists to start a petition to get TLC to pull the Duggars' show from the airwaves and end the "LGBT hatemongering." While the petition amassed over 100,000 signatures, 19 Kids and Counting has not been cancelled.