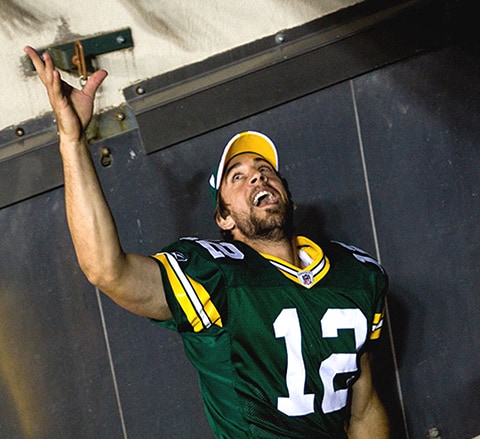 Pioneer Press has deleted a tweet it sent out linking to an article on Greenbay Packers quarterback Aaron Rodger's good luck charm — the red beard of a fan he encountered and now tugs on at every home game. The tweet sent out by Pioneer Press, however, was somewhat more vague about what exactly Rodgers' lucky charm might be. As Deadspin reports, the tweet read, "It's red and 9 inches long, and #Packers quarterback Aaron Rodgers tugs it for good luck." 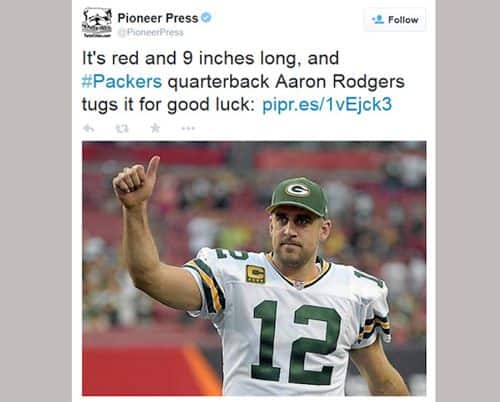 Apparently, the joke was too much for some to handle. In Pioneer Press' piece on the beard in question, owned by a communications technician named Jeremy Wilcox, Wilcox describes his and Rodgers' pre-game ritual as "just guys having fun."

@romenesko turns out, this would have worked better with a picture of the beard

You'll recall that last year Rodgers chose to address rumors that he is gay. Speaking with 540 ESPN Milwaukee, Rogers commented, “I’m just going to say I’m not gay. I really, really like women. That’s all I can really say about that.”