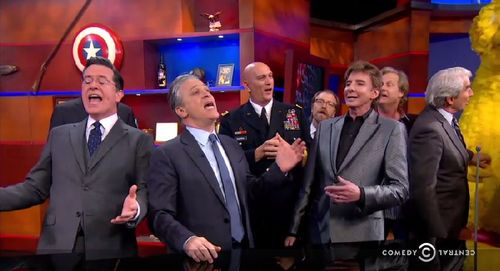 After spending nearly a decade entertaining America with his truthiness and faux-conservative flair, it was finally time to say goodbye to The Colbert Report last night. And what a goodbye it was.

Then, in true Colbert fashion, the late night host proceeded to embark on a journey to eternity via Santa's sleigh – accompanied by a unicorned Abraham Lincoln and Jeopardy's Alex Trebek.

Colbert returns to take over David Letterman's hosting job at The Late Show next year.