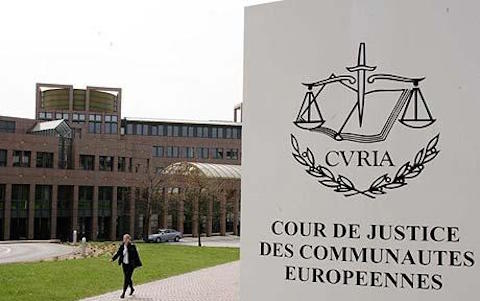 The European Court of Justice (ECJ) today ruled that gay asylum seekers do not need to undergo a test to prove they are homosexual, reports Big News Network.

The ECJ had ruled last year that persecuted gay people from Africa have grounds for asylum.

Due to severe anti-gay laws in a number of African countries there has been an increase in the number of asylum seekers in the European Union (EU).

The decision came after three men failed in their attempts to seek asylum in the Netherlands after the Dutch court ruled they had not proved their sexuality.

The ECJ said determination of a refugee's sexuality must be in accord with EU law and cannot infringe on rights to privacy and dignity. The court added authorities can discuss sexual matters with asylum seekers but cannot ask about personal sexual practices or demand "medical tests" or recordings of sexual acts.

However, the court also found that although “the starting point in the process of assessment,” a mere declaration of homosexuality, is insufficient grounds for asylum.

In September, Egypt’s Forensic Medicine Authority found that nine men are “not homosexuals” after they had appeared in a recording of a “gay marriage”.