Colin Collette, a music director at a Catholic church in Illinois, has filed a federal discrimination complaint after he was fired last July for posting photos on Facebook of his proposal to his partner Will Nifong 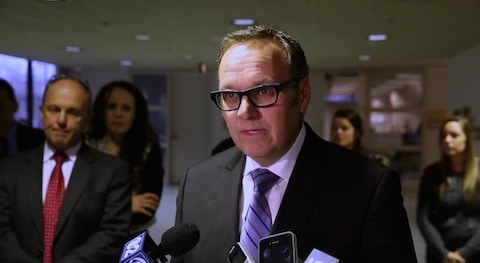 Colin Collette, a music director who served at the Holy Family Catholic Community church in Inverness, Illinois for 17 years, has filed a federal discrimination complaint after he was fired by pastor Terry Keehan in July for posting photos on Facebook of his proposal to his partner Will Nifong, reports the Chicago Tribune.

At the time, Keehan told Collette that his relationship violated the tenets of the Roman Catholic Church. 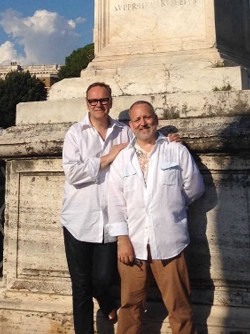 In August, hundreds of people attended a meeting at which most people voiced support for Collette and a church cantor announced his resignation because of his dismissal.

Collette filed the complaint against Keehan and the parish's manager on Thursday alleging discrimination on the basis of sex, sexual orientation and marital status.

At a press conference, Collette said:

"It is with deep regret that I have had to pursue this course of action. I have chosen to enter into a marriage, as is my right under Illinois law, and perhaps I can open the door to other men and women who the church has chosen to exclude from the community."

In a written statement, Susan Burritt, a spokeswoman for the Archdiocese of Chicago, said:

"The Archdiocese of Chicago has not seen the complaints that Mr. Collette has filed with the civil authorities and so we are unable to comment on them. We will respond to the complaints in the forums in which they are filed at the appropriate time."

A successful claim of discrimination will likely turn on the "ministerial exception" to anti-discrimination law. In 2012, the Supreme Court issued a ruling that religious institutions have broad latitude in hiring and firing people whose jobs include religious roles.

Collette's lawyer, Kerry Lavelle said her client has reached out to Chicago's new archbishop Blase Cupich but has received no response:

"The archbishop will not take his calls. [Collette] wants his job back. That's what this is about."

Check out a Chicago NBC 5 report on Collette's September meeting with Cardinal Francis George, AFTER THE JUMP…