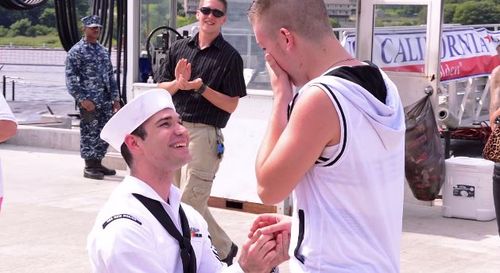 Defense Secretary Chuck Hagel, joined by wife Lilibet, sent out a holiday message earlier this month that featured an image of sailor Jerrel Revels' proposal to his boyfriend Dylan Kirchner back in 2013.

This is the first time a Secretary of Defense has included gay service members in a holiday message to troops.

Last month, Hagel announced he would be stepping down as Defense Secretary.