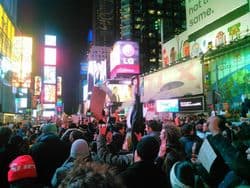 LGBT organizations reaping the benefits of the forward march of civil rights: "According to a new report by the Movement Advancement Project (MAP), leading LGBT organizations are projecting combined 2014 expense budgets totaling $185.9 million, a 14% increase from 2013 expenses. The 2014 National LGBT Movement Report also found that LGBT social justice organizations’ revenues grew 7% from 2012 to 2013, with revenue exceeding expenses by $5.8 million in 2013 This financial growth continues an upward trend that re-emerged in 2011, following a downturn experienced by the LGBT movement during the Great Recession."

Al Sharpton: "This will be a winter that we're going to freeze out police brutality"

This is the tribute @SpikeLee hung to honor #MichaelBrown & #EricGarner. Spike is live on #AC360 right now pic.twitter.com/yb2qObo6if 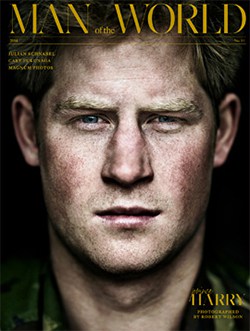 Prince Harry opens up about those nude pics that leaked from that wild trip to Las Vegas: "“It was probably a classic case of me being too much Army and not enough prince. It’s a simple case of that.”

Kit Harrington is not allowed to cut his hair.

First look at Paul Bettany's character Vision in The Avengers: Age of Ultron.

Annie Lennox weighs in on Madonna's exposed mammaries in Interview: “I think already the verdict is probably out. Would you not agree on that one?” Lennox asked. “I think the question is, ‘What is Madonna telling us? Anybody know?’”