Three dead, including the gunman, as police storm the Syndey cafe that was taken over by a self-styled Muslim cleric earlier this morning. 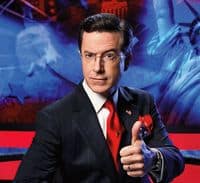 A new study shows gay people who have brief, face-to-face conversations about LGBT rights with someone opposed to equality can have lasting change on these opponents' attitudes towards same-sex marriage. 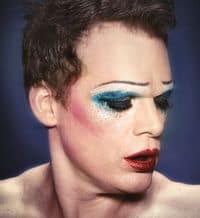 Michael C. Hall talks Hedwig and why he's drawn to gay roles. " I think I gravitate toward characters who are defined by some sense of conflict or secret keeping. I think in the case of David Fisher [on Six Feet Under], it was about the character's inherent conflict — something that made him inherently dramatic. In case of Hedwig, it was the chance to front a rock band and sing awesome rock-and-roll music. There is something about people, for one reason or the other, who are marginalized by their circumstance that is compelling to me. That has manifested itself into me playing a few, or more than a few, characters who are gay."

Eddie Redmayne has officially tied the knot with his longtime girlfriend Hannah Bagshawe.

Police are searching for a man who killed six family members and wounded another in a Philadelphia rampage earlier today. 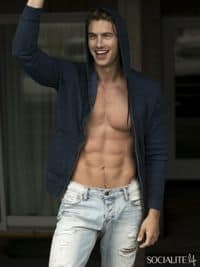 South Carolina's anti-gay Attorney General Alan Wilson may end up having to fork over more than $150,000 to LGBT nonprofits for his continued efforts to stop gay marriages in his state. In related news, Wisonsin's same-sex marriage legal team is asking a federal court to award it nearly $1.25 million to cover court fees associated with the state's case defending the ban on gay marriage.

Elizabeth Warren is not, repeat not running for president in 2016…yet.

Bill Cosby says he only trusts "black media" on the news coverage of the multiple sex abuse allegations against him.

CERN's Large Hadron Collider will restart for its second three-year run next March.

Previous Post: « FRC Radio Host Craig James Isn’t Sure About Executing Gays, But He’s All For Dying To Deny Them Equal Rights
Next Post: Sam Smith Finds Romance with Extra from His Music Video as Debut Album Goes Platinum »