Hundred of tango enthusiasts danced their way through St. Peter's Square today to celebrate Pope Francis' birthday. Said Rachel Maddow: "The Pope is apparently a lifelong fan of tango. He says he used to dance tango with his girlfriend when he was a young man. Yes, the Pope had a girlfriend." 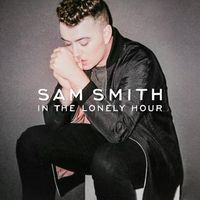 Sam Smith's debut album In the Lonely Hour has passed the 1 million mark in U.S. sales. It's the third album to sell more than a million in 2014 and the year's biggest-selling debut album.

McCain vs. McCain on America opening diplomatic relations with Cuba.

With Stephen Colbert saying goodbye to his faux-conservative persona tonight, what better time than now to relive the 15 greatest, gayest moments from The Colbert Report.

Russian consumers made a mad dash to stores today buying cars, home appliances, and other big ticket items to pre-empt price rises due to the rapid decline in the value of the ruble in recent days.

Report: at least 594 LGBT people were murdered in the Americas in a 15-month period. 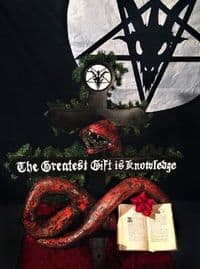 Satanists are set to build a sacrilegious holiday display at the Michigan State Capitol alongside the Christmas nativity scene.

Will privacy be 2015's "killer app"? "In the US, public awareness and perceptions are changing in the post-Snowden era, with Pew Research recently reporting the growing concerns of consumers for how businesses and governments process their personal data. Couple this with the growing adoption of Big Data technologies within enterprises and there is a potentially explosive cocktail that means 2015 could become the year when online privacy and trust come to a head globally."

An Nebraska inmate and his transgender fiancée have asked a federal judge to allow them to join the legal challenge to the state's gay marriage ban. 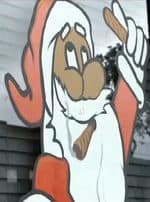 Sony has pulled the plug on The Interview after hackers released a statement threatening violence should people go see the film in theaters.

A medical-marijuana dispensary in San Pedro has agreed to remove a painting of a pot-smoking Santa after receiving hundreds of complaints.

Let Tom Hiddleston serenade you with a Christmas carol.

A new Pew Research Center analysis of wealth finds the gap between America's upper-income and middle-income families has reached its highest level on record.

Blackberry is attempting a Hail Mary with the release of the Classic – a new phone that features a traditional keyboard for business-minded smartphone users.