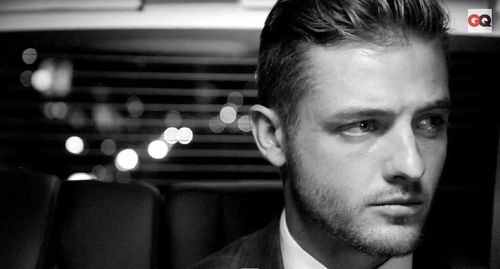 On route to GQ's 2014 Men of the Year party earlier this month, soccer star Robbie Rogers fielded a series of questions on his career and love life. To spice the ride up, Rogers was asked to either dish about his "first time" or "serenade" someone in the car next to him – and Rogers chose to share how he gave up his v-card(s).

First time with a girl was in high school. I think it was my junior year of high school. Still friends. It was actually alright, you know I'm a gay guy. I don't know how she enjoyed it or if she enjoyed it as much as me…First time with a guy was actually not until I was 25, after I came out. Super awkward. I mean, can you imagine dating and hooking up with a guy after your coming out, after 25 years? I'm sure he was like, 'What is going on?' I think I've gotten a little better at doing all that stuff so hopefully those embarassing moments are over.

Check out the full backseat interview, AFTER THE JUMP…