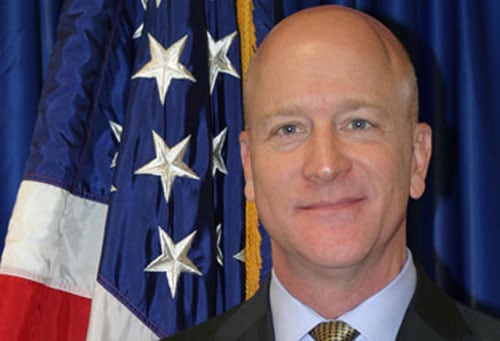 Thanks to the support of two rabidly anti-LGBT senators, Texas is getting its first openly gay federal judge.

The Senate on Tuesday night confirmed Robert Pitman to fill a San Antonio seat that's been vacant for more than six years.

President Barack Obama in June nominated Pitman, who was backed by Cornyn and Cruz, both members of the Senate Judiciary Committee. Cruz also inadvertently aided Pitman's confirmation when he forced the Senate into session last weekend.

Pitman will become one of about 10 openly LGBT federal judges in the US. When Obama took office, there was only one.

“For the judicial system in the United States to be truly fair, it must reflect the tremendous diversity of the country. President Obama has made great strides in promoting and ensuring that diversity with his nominations of people of color and of openly gay and lesbian individuals to the federal bench. We celebrate the confirmation of Judge Pitman, which brings welcome diversity to the federal bench in Texas while simultaneously filling a seat that had been vacant for more than six years.

"While great progress has been made to bring diversity to the courts, we still have a long way to go. There are nearly 900 federal judges in the U.S., and most are straight white men. Federal courts are charged with providing everyone with equal access to justice, and yet justice has not always been a reality for some. A judiciary diverse in race, ethnicity, gender identity and expression, sexual orientation and lived and professional experience serves not only to improve the quality of justice, but to boost public confidence in the courts."

Pitman is a Fort Worth native who attended Abilene Christian University and earned his law degree from the University of Texas. He currently serves as U.S. attorney for the Western District of Texas.

When Pitman was first recommended for U.S. attorney by Cornyn and former Sen. Kay Bailey Hutchison in 2009, the pick riled some fellow Republicans, but Cornyn stood behind it.

“A person’s sexuality has no bearing on his qualifications for a job. … It’s just not even remotely considered,” Cornyn spokesman Keven McLaughlin said at the time.

Based on that statement, one might think Cornyn would be a supporter of the Employment Non-Discrimination Act, but he voted against it last year and received a zero on the Human Rights Campaign's most recent Congressional Scorecard.