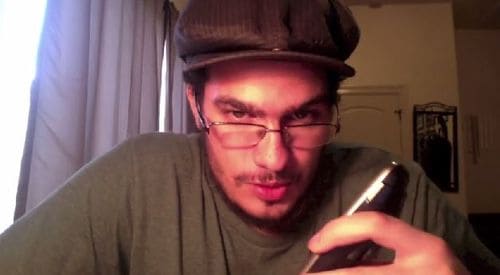 Theodore Shoebat, the son of right-wing activist Walid Shoebat, put on his muckracking boots recently in a failed attempt to show how hypocritical LGBT supporters can be when it comes to the subject of bakers making food items that seemingly violate their beliefs.

You'll recall anti-gay bakers in Oregon, Colorado, and elsewhere have made headlines this year for refusing to bake wedding cakes for same-sex couples. Shoebat attempted to flip the script on this by calling up 13 pro-LGBT bakeries and asking for them to make a "pro-traditional marriage" cake that says "Gay marriage is wrong". All 13, as you can imagine, refused to bake the hate cake, with many owners noticeably frustrated that an individual would want such a cake.

Of course, one can reasonably assume all of these bakers would have happily baked a wedding-themed dessert for any couple – gay or otherwise. It's the bigoted Christian-owned bakeries that are doing the discriminating – as they only seem interested in selling wedding cakes to the hetero crowd.

Last December, when the Duck Dynasty controversy was in full swing, Shoebat railed against the "Sodomite nazis" who went after patriach Phil Robertson "simply because he pointed out a truth to the darkness of the sick, violent, and twisted mindset of homosexuals".

What the homosexuals want to do to Christians in America is what Muslims are already doing to Christians: slaughter and enslave them. This is why we must fight this evil, and help save persecuted Christians in the Muslim world. Donate now and save Christian lives.

The sodomites, the purest haters of all that is just and godly, immediately went for the attack … The only thing vile in this situation is what sodomites contrive and partake in, they indulge themselves in acts so diabolical, in things worthy of death” (Romans 1:32), and yet we are so careful to make sure that they are tolerated. The sodomite just quoted spoke of “loving and committed gay and lesbian couples.” Really? Let me show you how sinister these morally inept and demonic followers of Satan are.

Shoebat has also called on gays to be put to death and to "outlaw the sodomite before he outlaws you."

Previous Post: « Gay Couple Attacked By Neo-Nazi Gang In Madrid
Next Post: Fiancé Sets Up Foundation to Honor Partner Who Committed Suicide After Coming Out To His Anti-gay Mother – VIDEO »