Taiwan’s government today discussed the possibility of legalizing same-sex marriage, the first legislation of its kind to be debated in East Asia 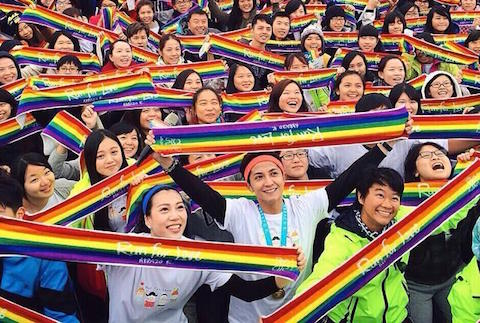 Taiwan’s government today discussed the possibility of legalizing same-sex marriage, the first legislation of its kind to be debated in East Asia, reports Focus Taiwan.

The bill, which aims to replace such terms as “man and woman” with gender neutral alternatives including “spouses”, was drafted by the Opposition Democratic Progressive Party’s Cheng Li-chiun. 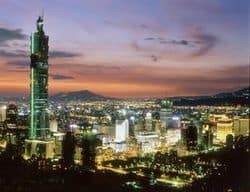 “No one deserves to be deprived of their rights at birth to be on an equal footing with others just because of their psychological or biological differences.

The proposed amendment cleared a first reading last year but had been shelved before a committe could discuss it largely due to opposition from religious groups. Bills must pass three readings in order to be sent to the president to be promulgated.

In a statement opposing the amendment, the Taiwan Religious Groups Alliance for the Family accused pro-equality politicians and gay rights activists of "pretending to be civic groups" to "terrorize" other lawmakers with opposing views on same-sex marriage.

In October, the religious anti-gay lobbying group called for police to monitor the Taiwan LGBT Pride Parade in the interests of "protecting children."

Last year, tens of thousands of people took to the streets of Taipei to protest against gay marriage while earlier this month, thousands took part in a rainbow run in Taipei in support of gay marriage.

Watch a clip from Taiwan Pride 2014, AFTER THE JUMP…

Previous Post: « Gay, Bi, Transgender: The 85 Most Powerful Comings Out of 2014
Next Post: Celebrate the End of 2014 With This Mega Mash-up of 330 Films Released This Year: VIDEO »