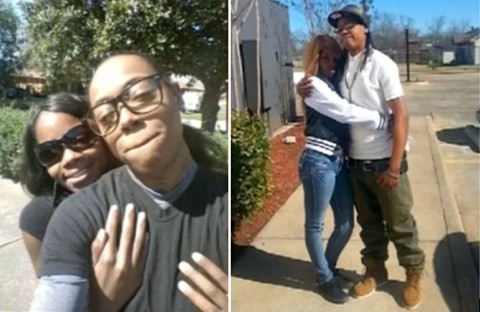 Ten months after the horrific slaying of Houston lesbian couple Britney Cosby and Crystal Jackson, no one has been charged with their murder — and the possible hate crime seems to have been largely forgotten by both the mainstream and LGBT media.

The bodies of Cosby and Jackson, both 24, were found next to a dumpster outside a convenience store near Galveston on March 7, 2014. Autopsy results showed Cosby died from blunt force trauma to the head, and Jackson — who had a 5-year-old daughter — died from a gunshot wound. 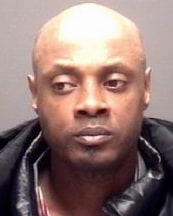 A week later, authorities arrested Cosby's father — 47-year-old James Larry Cosby (right) — and charged him with two felony counts of tampering with evidence, for allegedly moving the bodies. The authorities indicated the charges likely would be upgraded to capital murder, but that has not yet happened, according to a cover story about the case in The Houston Press this week:

The story was picked up everywhere — it ran on the Associated Press wire, and there were stories in the New York Daily News and the Daily Mail and on The Huffington Post, BuzzFeed and Gawker. Accounts provided breathless coverage about the pair. When a family member was arrested in connection with the deaths, Ebony magazine published an essay calling for more tolerance in the African-American community toward LGBT people. Gay-rights groups held candlelight vigils for the couple and followed every detail as the investigation moved forward.

And then it all stopped. More than 40 weeks later, no one has been charged with the murders. Bill Reed, the felony prosecutor for the Galveston County District Attorney's Office, says that investigators are still waiting on some scientific evidence. He says there's no statute of limitations with murder charges and that he prefers not to make any further comment on the case while it's still under investigation.

The Houston Press reports that investigators found plenty of evidence linking Larry Cosby to the crime — including blood all over the house he shared with the couple. The house was also missing a window shutter matching one recovered where the bodies were found that contained Larry Cosby's fingerprints:

The charges may be upgraded to murder if law enforcement can conclusively identify the murder weapons from the collected evidence being reviewed by the FBI, [Galveston sheriff's Capt. Barry] Cook says. "There's lots of little pieces. There's no doubt in our mind that he killed them, but we can't exactly prove it," Cook says. "Right now we believe there's enough circumstantial evidence to charge him with murder, but we're not the ones who have to prosecute it or prove it. That's the district attorney's job."

The Houston Press' story makes clear that neither Cosby's nor Jackson's family approved of their relationship, but it doesn't thoroughly address the question of whether the murders were an anti-gay hate crime.

Following Larry Cosby's arrest, Britney Cosby's mother told KHOU that he "didn't like the idea of her being gay." Cosby's mother also told the The Houston Chronicle: “He would throw it in her face,” adding that her daughter quoted Larry Cosby as saying, “Don’t throw that gay (expletive) around in this house.”

In addition, Houston civil rights activist Quanell X, who was advising the family in the wake of the murder, told Fox 26 he “found writings about homosexuality on [Larry] Cosby’s Koran indicating he may have had an issue with his daughter’s sexual orientation."

Larry Cosby had been released from prison in October 2013 for failing to register as a sex offender, after being convicted two decades before of sexually assaulting a 22-year-old woman.

Regardless of whether the murders were a hate crime, it's safe to say that if Cosby and Jackson had been an attractive young white gay male couple, the LGBT community would be paying more attention.

Watch Fox 26's report from March on Cosby's arrest, AFTER THE JUMP…