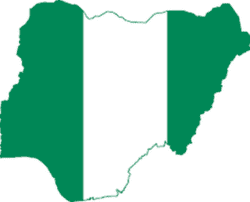 Yet another group of men suspected of being gay have been arrested in Nigeria, this time in the northern, predominantly Muslim city of Kano where Sharia law is in effect. The 12 men were accosted by Sharia law enforcement at what was described as a “gay wedding.”

“We got information of the wedding four days earlier and our men stormed the venue while the wedding was about to start,” said commading officer Aminu “We have 12 men in custody, including the bride. We arrested them at the venue of a planned gay wedding.”

Faruk Maidguri claims that the people taken into custody had actually gathered to celebrate his birthday. He went on to accuse the police of singling out his friends because of their outwardly feminine demeanor.

In accordance with Nigerian law same-sex marriage is expressly forbidden, as is being a part of LGBT activist organizations. Sharia law in Nigeria features similar prohibitions, but carry much more severe, though rarely exercised, penalties such as physical punishment and death.