Vile anti-gay “Christian” activist Bill Donohue, president of the Catholic League, has wasted no time in defending those behind yesterday’s terrorist attack in Paris, France which left twelve people dead 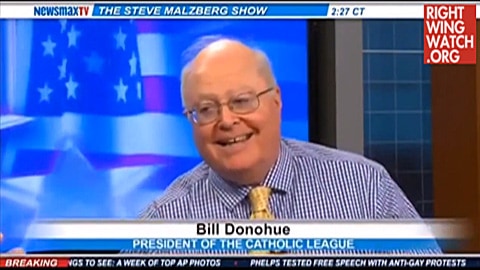 Vile, anti-gay activist Bill Donohue, president of the Catholic League, has wasted no time in defending those behind yesterday’s terrorist attack in Paris, France that left twelve people dead, reports The Washington Post. 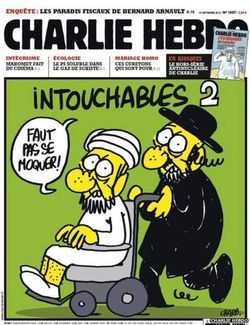 While the rest of the world gathered at protests last night to condemn the attack on the offices of French satirical newspaper Charlie Hebdo and the #IAmCharlie and #JeSuisCharlie hashtags trended globally, Donohue issued a statement titled “Muslims Are Right To Be Angry” in which he condemned the publication for offending Islam and other world religions.

While Donohue begins his statement by condemning those responsible for “killing in response to insult”, he adds in a big, big “but” by blaming Charlie Hebdo publisher Stephane Charbonnier for his own death:

“What happened in Paris cannot be tolerated. But neither should we tolerate the kind of intolerance that provoked this violent reaction.

“Stephane Charbonnier, the paper’s publisher, was killed today in the slaughter. It is too bad that he didn’t understand the role he played in his tragic death. In 2012, when asked why he insults Muslims, he said, “Muhammad isn’t sacred to me.” Had he not been so narcissistic, he may still be alive. Muhammad isn’t sacred to me, either, but it would never occur to me to deliberately insult Muslims by trashing him.”

Earlier today, we reported on a second shooting in Paris as police continued their search for the gunmen involved in the Charlie Hebdo shooting.

Watch Donohue's sickening comments via Fox News and see some Charlie Hebdo cartoons in English and global media reactions to the attacks, AFTER THE JUMP…

As a Christmas gift to world, Donohue unveiled a billboard in Los Angeles last month comparing the experiences of American “Christians” – the ones who spend their lives spreading anti-gay messages – and Christians facing persecution in ISIS-controlled territories. 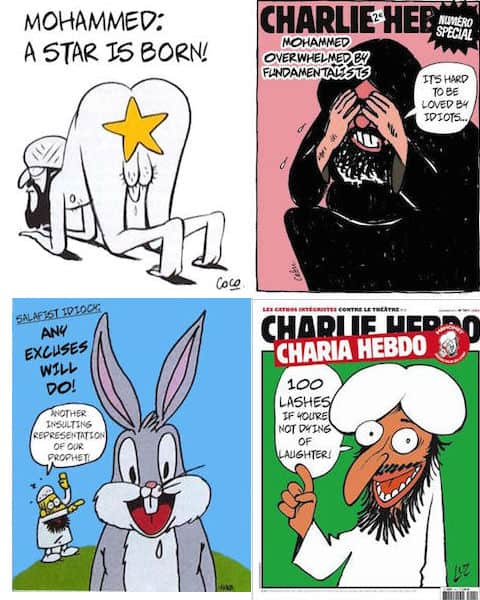