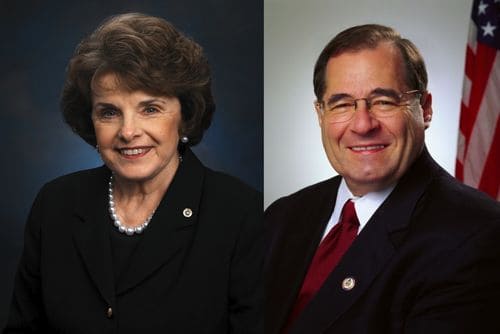 “From social security benefits to veterans benefits, DOMA continues to harm families across the country,” said David Stacy, HRC’s Government Affairs Director. “Every legally married couple – no matter where they live – should have access to the full federal benefits and protections they deserve. It’s far past time for DOMA to be completely repealed once and for all. We applaud Senator Feinstein and Representatives Nadler and Ros-Lehtinen for their tireless commitment to fully repealing this discriminatory and antiquated statute.”

The Supreme Court held Section 3 of DOMA unconstitutional in Windsor v. United States.  However, steps must still be taken to fully repeal this discriminatory law.  First, Section 2 of DOMA was not part of the Windsor case and remains unaddressed by the U.S. Supreme Court.  Second, there is no uniform standard across the federal government for determining when a couple’s marriage is valid for federal purposes.

Head here for the full, bipartisan list of cosponsors to the House bill.