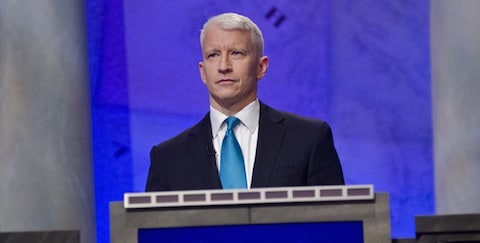 Well this is different. According to TVNewser CNN has plans to create a politics-themed quiz show, blocking and testing of which took place this week at CNN's New York studios. The show will be a quiz-style show evidently in the theme of Jeopardy!, will focus on presidential politics, and be hosted by Anderson Cooper.

The first episode will air on Presidents' Day, February 16th, and will go into further production if it is well-received.

Stand by for Cooper's redheaded bestie Kathy Griffin to have a field day with this.