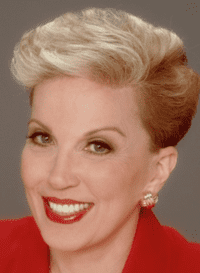 A gay grandmother wrote a heartbreaking letter to Dear Abby asking for advice on how to reconcile with her homophobic son, and religious daughter-in-law, who is keeping her from seeing her grandchildren claiming that he needs to protect his children from people that are gay and that he doesn't want them to know anyone who's gay, including their own grandmother.

I came out of the closet when my son was 4. I thought I had taught him not to judge because of a label.

He is now 30, with a wife and two adorable children who own my heart.

When my granddaughter was born, my partner and I were at the hospital. We have visited them often, and they have visited us.

But after my grandson was born last year, my son quit speaking to me.

I have asked him numerous times what the issue is.

His response is: "I have to protect my children from people who are gay. I don’t want them to know anyone who is gay."

His wife and her family are very religious, and I think this is the real reason. What can I do?

Dear Abby wisely responded, telling the heartbroken grandmother to redirect her maternal instincts toward LGBT youth whose parents have rejected them after coming out and justly commented on her son’s homophobic antics with Abby’s signature wit.

Dear Heartbroken: If your son is under the mistaken impression that he is going to somehow "protect" his children by isolating them from gay people, he must be living in an alternate reality.

Does he also plan to immigrate to the moon?

I suspect that you have put your finger squarely on the reason why your son is now ostracizing you.

His wife seems to wield the power in that family, and she could benefit by learning more about homosexuality and her religion, which I assume preaches love and tolerance for one’s fellow man rather than judgment and exclusion.

You can’t force your son and his wife to have contact with you if they don’t want to.

Leave open the possibility that they may, over time, reconcile their love for you with their faith.

For your own emotional well-being, it’s important that you find other outlets for your maternal instincts and go on with your life because any child would be blessed to be a part of it.

Sadly, a large number of LGBT young people are rejected by their parents when they come out.

These kids would benefit greatly from having a positive adult mentor such as you.

This could be your golden opportunity to make a significant, positive difference in someone’s life. Contact Parents, Families and Friends of Lesbians and Gays at pflag.org to find out how to get involved.