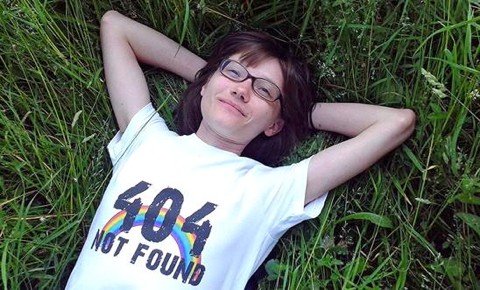 The founder of Russia's version of the "It Gets Better" campaign has been fined 50,000 rubles for violating the country's "gay propaganda" law.

Journalist Elena Klimova (above), founder of the Children 440 group on the Russian social network VKontakte, was fined the equivalent of $775, BuzzFeed reports.

Klimova launched the group shortly before Russia passed its anti-gay law in 2013. The name Children 404 is a reference to the “Page Not Found” online server error.

Most users who post photos on the site obscure their faces and include the message, "We exist." They also share stories and can interact with volunteer psychologists who offer counseling.

LGBT activists said that Klimova’s lawyer could not attend today’s hearing for medical reasons and she was left without counsel when the judge declined to postpone the proceedings.

“Today the court has violated the article 48 of the Russian Constitution, according to which everyone shall be guaranteed the right to qualified legal assistance,” Maria Kozlovskaya, a lawyer with the Russian LGBT Network, said in a statement. “We are going to challenge this decision at all levels including the European Court on Human Rights.”

View photos from Children 404's Facebook page and watch a trailer for the film about the campaign, AFTER THE JUMP … 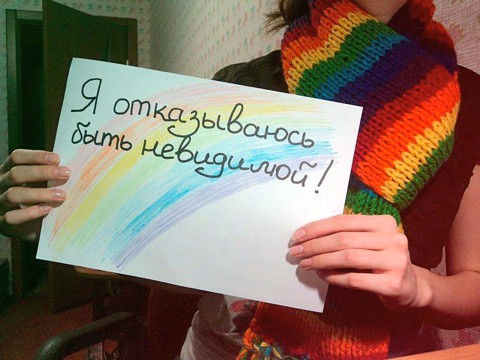 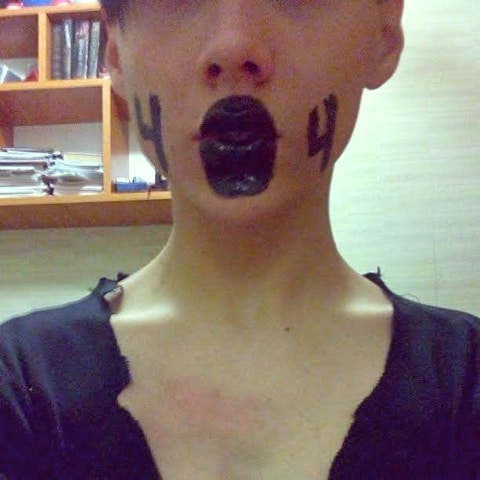 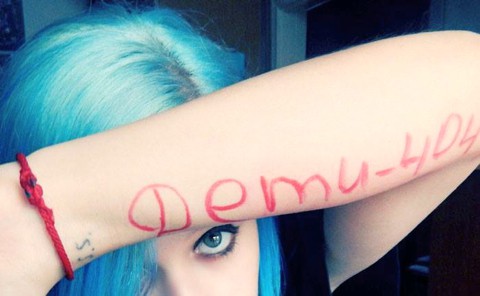 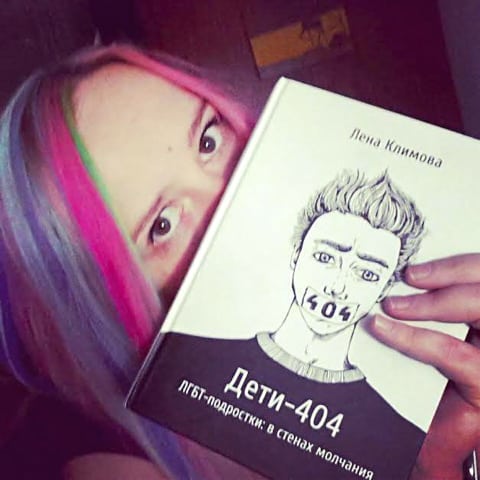 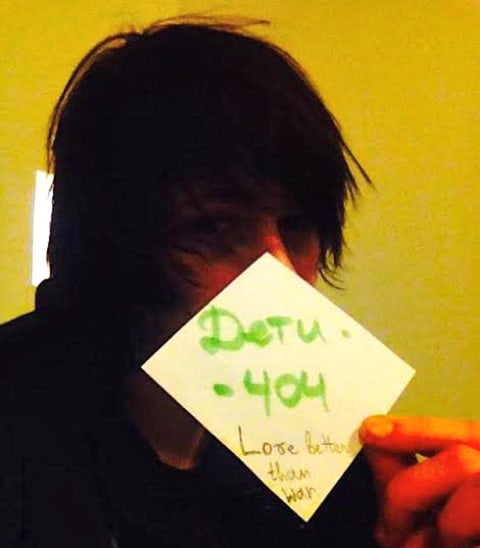 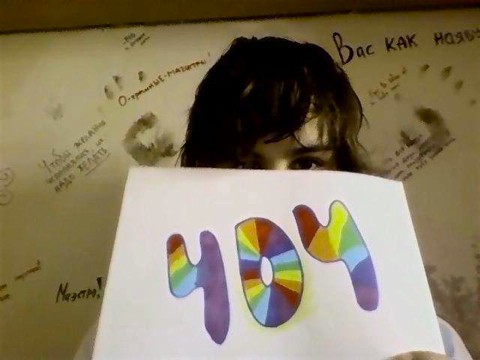