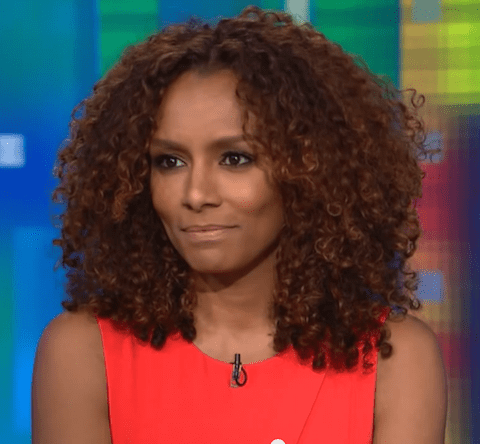 There are lots of reasons to celebrate writer, activist and host Janet Mock. She’s an inspiring speaker, a brilliant writer and an eloquent advocate for women, people of color and the trans community.

Even though she doesn’t identify as gay (which never kept the icon label from Barbra or Cher or Liza), her work has far-reaching implications that extend throughout the LGBT community. Since first sharing her story in Marie Claire magazine in 2011, Mock has been an outspoken and visible presence in the media, from her work as an editor for People.com and Marie Claire to her bestselling memoir, Redefining Realness. Her heartfelt, straightforward approach to discussing complex issues like intersectionality combined with her Beyoncé-level ferocity are enough to warrant admiration, but Mock’s work has more direct ties to the greater gay community. As she explained to Autostraddle last year:

“You know, I really I wish that we could really talk about gender expectations within the [LGBT] movement. I think that when we’re all born we’re told that if you’re assigned male or female at birth and you’re supposed to, you know, like the ‘opposite sex,’ that’s who you’re supposed to be with. I think it’s about all of those supposed gender expectations. And I think that if we would have kind of started the movement there in that sense, I think we could have been more cohesive in our journeys forward without excluding people.”

Get familiar with more of Janet Mock’s work, AFTER THE JUMP …

She's been recognized with awards and honors from OUT Magazine, the Advocate, GBMNews.com, the Sylvia Rivera Law Project and the Root 100, which celebrates “standout black leaders, innovators and culture shapers.” In Google’s 2014 International Women’s Day video, Mock appears alongside more than 100 other women around the world. The breadth of her impact is no accident; Mock has consistently explored multiple facets of her identity. She told the ACLU in 2014:

“I center my work around the multilayered experiences of young trans women and/or trans women of color. By doing so, I challenge the single-identity focus that plagues many movements that believe in simplicity or universality of experiences. I can never just speak about trans women because I am not just a trans woman; I can never just speak about Black folk because I am not just a Black person. So for me, my work — particularly through my writing — must be muddied and complex because we live complex lives. I would challenge [racial and social justice] movements to be intersectional in their approaches. Simply put, the racial justice movement must realize that many of their siblings are trans, and the LGBT movement must realize that centering their work around white middle-class cis folk leaves many of us who live under the weight of multiple oppressions behind.”

Mock grew up in Honolulu, Hawaii. She was the first of her family to go to college and later pursued a master's degree from New York University. "You can become your dream," she says in the It Gets Better video above, "I promise that it gets better. I can say this because I am you."

Last February, Mock found herself embroiled in a heated back-and-forth with former CNN host Piers Morgan. You can see her initial appearance in the video above. The segment played up the sensationalist juxtaposition of Mock’s appearance with the headline “Born A Boy” and delved into many aspects of her personal life. After the interview, Mock shared her frustration with the interview on Twitter, leading to a second appearance where Morgan struggles to see how, despite his good intentions, he may have offended. It’s an interesting encounter to compare to Laverne Cox and Carmen Carrera’s experience with Katie Couric as the mainstream media learns how to accurately and respectfully tell these stories.

Another interesting media study is the clip above, where Janet Mock flips the script on Fusion’s Alicia Menendez by asking her the kinds of questions trans guests are often asked in interviews.

Mock is a major driving force behind the hashtag, #girlslikeus, which creates a space on social media for transwomen to talk openly about their experience and share their stories. The hashtag picked up even more momentum after Mock posted the video above of her speech at the University of Southern California.

These days, you can see Janet Mock hosting So POPular! on MSNBC’s streaming channel, Shift.