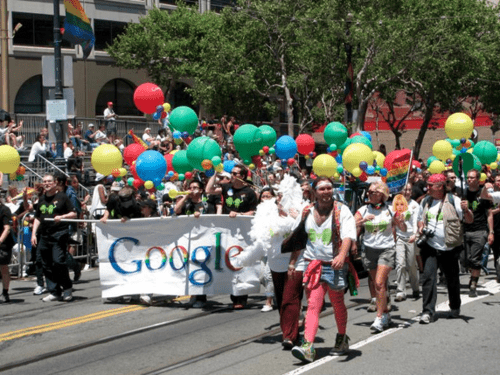 Google’s translating feature recently caught the attention of All Out, an LGBT crowdsourcing platform, after it was discovered that the search giant suggested slurs such as “poof,” “queen,” and “faggot” as synonyms for gay: 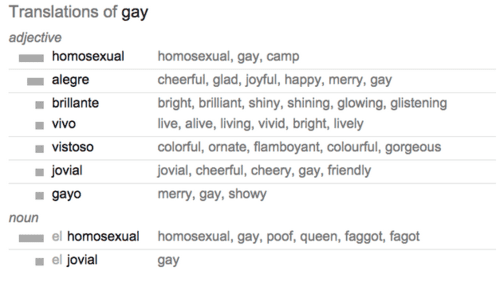 “Imagine learning English and being taught to say hateful insults instead of neutral language for ‘gay,’” The call to action reads. “Google Translate – used by over 500 million people every month – was suggesting slurs as synonyms for the word ‘gay.’”

Google, which in the past has been highlighted for its commitment to workplace LGBT equality, swiftly responded to the more than 50,000 people who signed the petition with a frank apology.

“As soon as we were informed we immediately worked to fix the issue,” Google said in a statement. “We apologize for any offense this has caused people.”

Previous Post: « Gambian Man Arrested For Being Gay Fears Death After Being Tortured While In Police Custody: VIDEO
Next Post: Actor Joel Grey Comes Out Publicly: ‘I’m a Gay Man’ »