Actor Joel Grey is speaking out about his sexual orientation publicly for the first time at 82, to People magazine: 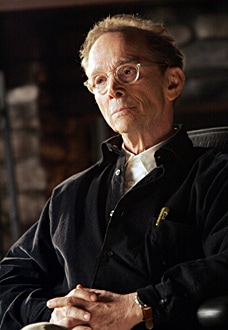 While it's not a secret to his friends and family, the entertainer's never spoken about it publicly before. "All the people close to me have known for years who I am," Grey tells PEOPLE. "[Yet] it took time to embrace that other part of who I always was."

Grey was married to actress Jo Wilder for 24 years. They have two children – actress Jennifer Grey and a son James.

Jennifer spoke to People as well:

"I feel very happy for my dad that he has come to a point in his life where he feels safe and comfortable enough to declare himself in a public way as a gay man," Jennifer tells PEOPLE. "Mostly because the more people are free to own their true nature and can hopefully come closer to love and accept themselves as they really are, no matter what age, no matter how long it takes, to finally be free of the lies or half truths, it is freedom."