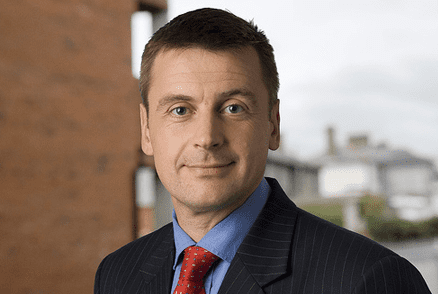 Openly gay Labour Party TD (Teachta Dála) member Dominic Hannigan revealed that he married his partner of two decades, Chris, on New Year's Eve in London reports Irish News. Hannigan is the first deputy to disclose a same-sex marriage and the announcement comes ahead of a referendum in Ireland on the issue of same-sex marriage set to occur in May. Hannigan told TheJournal.ie that the process of marriage in London was rather simple.

"The marriage was just the two of us. Because we were in a civil partnership it was very straightforward, paying four quid and signing some papers.

"There was no cake or anything. The wedding was a very straightforward exchange of papers. When we had our civil partnership ceremony we did a cake and all that kind of stuff. That was the event if you like."

Hannigan decided not to let his marriage hinge on Ireland's referendum decision, and took the opportunity to marry in London although he wishes that they could've held it in Ireland. On Sunday, Irish Health Minister Leo Varadkar came out to the public and Hannigan congratulated him on it.

"Leo will be a very positive role model for them. It will help kids to come to terms with themselves. It will make a lot of people much happier in themselves and it will lead to better mental health.

"When you have made the decision to come out, that it what you have to do. There is no point in doing it on a small scale – get it done and dusted and then it ceases to be an issue."

Hannigan publicly came out 10 years ago when he was a local councillor. Although Hannigan believes Varadkar's recent announcement helps the cause for same-marriage, there are other challenges in getting marriage equality in Ireland. Hannigan warns that complacency is the main enemy in the referendum on marriage in May, and getting complacent voters to the polls presents a unique challenge.

"It will be a very difficult referendum to win. The enemy is complacency. No doubt, family and friends of the LGBT community will come out in force.

"But my worry is that people who do not know many people affected, getting them out to vote might be difficult."