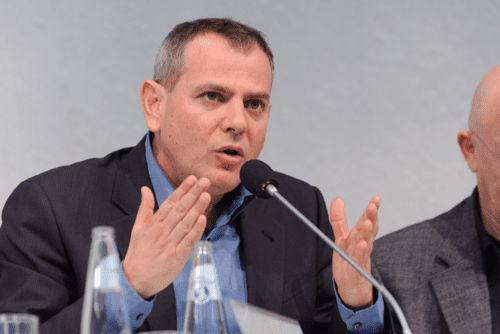 Israel’s only currently openly gay member of Parliament Nitzan Horowitz has announced that he plans on leaving politics. Though Horowitz’s time in office was marked by a number of personal achievements and recognition from his constituents, his chances of re-election were slim after he failed to secure enough support from other members of the Knesset.

“I love this land and I love you very much. We did many things together,” he said in a public Facebook announcement. “We led battles, initiated progressive legislation, we fought for basic values: democracy, human rights, social justice and peace.”

“In all the commitments and projects I took upon myself, I gave the maximum. The varied topics I dealt with touched many people: Fighting racism, [for] regional cooperation, fighting religious coercion, protecting the environment, pluralism and culture, and of course rights for my beloved gay community."

Before being elected to the Knesset in 2009 as a member of the left-wing Meretz party, Horowitz worked as a vocal civil rights activist and an award-winning journalist. During his time in office Horowitz served as the chairman of the Knesset’s gay pride lobby, and was responsible for introducing a bill would have challenged Israel’s current confessional community system and allowed gay couples to marry or enter civil unions. In 2013 he also made an unsuccessful bid for the mayorship of Tel Aviv, that he ultimately lost to Ron Huldai, another advocate of LGBT rights.