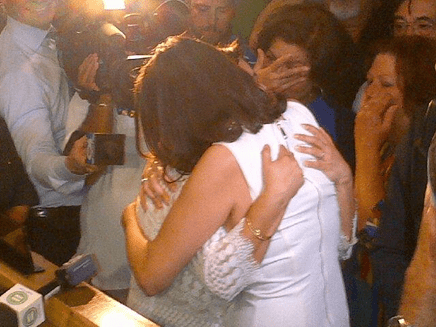 Florida Judge Sarah Zabel, after lifting the stay on her July ruling striking down the state's ban on same-sex marraige, proceeded to marry two of the gay couples who served as plaintiffs in the case.

Karla Arguello and Cathy Pareto became the first same-sex couple to marry in the state of Florida. Jeffrey and Todd Delmay were married shortly afterwards.

Watch the emotional courtroom reaction to Zabel lifting the stay, AFTER THE JUMP…