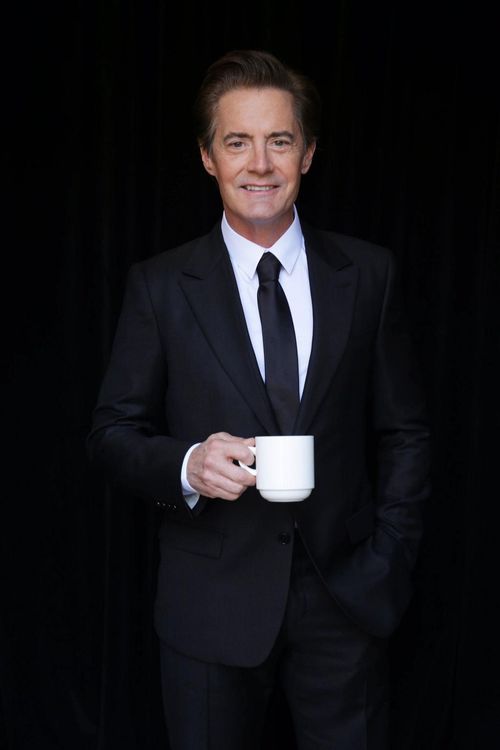 Kyle MacLachlan will be returning to Twin Peaks in the Showtime reboot of the series coming in 2016 and reprising his role as Special Agent Dale Cooper.

The announcement was made on Monday, Variety reports:

Kyle MacLachlan is reprising his role on Showtime’s “Twin Peaks” revival, the cabler’s prez, David Nevins, confirmed Monday at the Television Critics Assn. press tour in Pasadena with the help of MacLachlan, who surprised the room by joining Nevins up on stage — and presenting him with a “damn good cup of coffee.”

“I’m very excited to return to the strange and wonderful world of ‘Twin Peaks,’” MacLachlan said. “May the forest be with you.”

David Lynch, who made the announcement last October that the show would be returning, tweeted a message to MacLachlan: