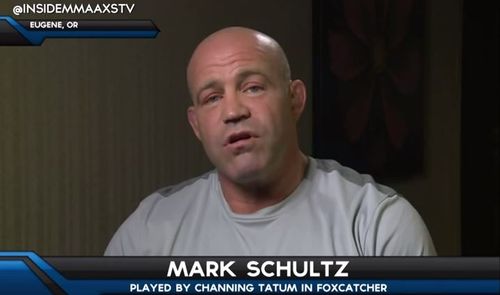 Former Olympic wrestler Mark Schultz, whose career is the subject of the film Foxcatcher, took to social media earlier this week to voice his displeasure with director Bennett Miller's portrayal of his character (played by Channing Tatum) and the film's apparent gay undertones in the depiction of the relationship between Schultz and millionaire coach John du Pont (played by Steve Carell). 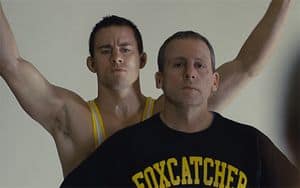 In his fact-checking rant on Facebook, Schultz emphasized he didn’t have a close relationship with du Pont and called any reference to a sexual connection “insulting” and “jeopardizing my legacy.”

“The personalities and relationships between the characters in the film are primarily fiction and somewhat insulting. Leaving the audience with a feeling that somehow there could have been a sexual relationship between duPont and I is a sickening and insulting lie," Schultz wrote on Facebook.

"I told Bennett Miller to cut that scene out and he said it was to give the audience the feeling that duPont was encroaching on your privacy and personal space. I wasn't explicit so I didn't have a problem with it. Then after reading 3 or 4 reviews interpreting it sexually, and jeopardizing my legacy, they need to have a press conference to clear the air, or I will,” he wrote.

USA Today also pointed out a series of (since deleted) tweetes that Schultz fired off, saying Miller was "finished" and that he should "throw that damn movie in the trash where it belongs."

On Thursday, Schultz posted a follow-up message on Facebook:

Post by Mark Schultz: Olympic Wrestling Champion.
Have you seen Foxcatcher yet? What did you think of the film's gay subtexts?
Watch a trailer and a clip of Schultz speaking about the film back in November, AFTER THE JUMP…

Previous Post: « What a Year It Has Been: 2014 in 4 Minutes – WATCH
Next Post: Florida County Clerks’ Association Advises All Clerks to Begin Issuing Marriage Licenses to Gay Couples Next Tuesday »